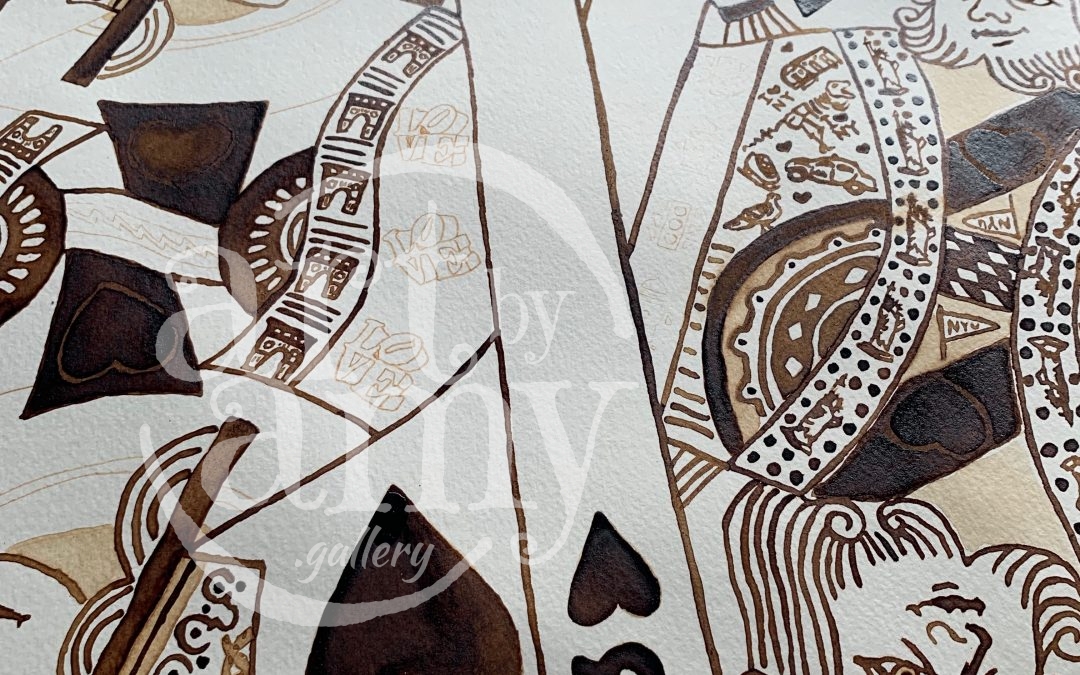 I am honored and so grateful to announce that one of my CoffeeART paintings, Royal Brew for Two,  was selected for the New York City Coffee Festival! Woo hoo 🎉  The committee selected 31 pieces to be exhibited this October 11-13th weekend at the Metropolitan Pavilion in New York City.

Let me tell you a little bit about the festival and the amazing charity that it will benefit. Now in its fifth year, the festival features live experiences from over 100 innovative coffee, food and equipment exhibitors. Visitors enjoy endless free coffee tastings, interactive workshops, demonstrations from world-class baristas, delicious street food, intoxicating coffee cocktails, live music, and ART!

In addition to offering delicious street food, coffee cocktails, live music and coffee-inspired art, 100% of profits are donated to Project Waterfall, partnering with NYC-based charity: water to deliver life-changing water projects in coffee-growing regions. Since 2011, Project Waterfall has raised over $1.5 million, bringing clean water to more than 50,000 people across seven countries. Find out more about Project Waterfall at projectwaterfall.org and charity: water at charitywater.org.

Royal Brew for Two was inspired by a playing card-themed valentine I painted a few years ago. But instead of the King of Hearts handing his Queen a valentine heart, I decided they should be toasting the morning with a hot cup of coffee and New York bagels! I also thought it would be fun to include NYC icons throughout the coat of arms, as a tribute to the city and so the art viewer might have fun exploring the painting. I painted with different strengths of Starbucks VIA coffee, and as always, my studio smelled wonderful as I layered the coffee paint on my art paper.

Because this coffee painting is whimsical, I wanted the description to match the fun tone of the art. I asked my family to help out, and was thrilled when my husband and son came up with the title and my sister created a poem to set the scene. Please enjoy some of the painting work in progress photos as well as the poem, and follow me on InstaGram @artbyamywhitaker to see photos from the NYC Coffee Festival!

The queen of hearts and her handsome king took a trip to New York City.

They walked the town and looked around and thought, New York, you are so pretty.

The day grew late and the sun went down but the streets they still stayed busy.

It grew dark and the queen remarked, all this is making me dizzy.

This is a city that never sleeps

and I wonder how that can be?

So the next day or two, they looked for a clue, until they figured out the key.

Coffee seemed to be the secret,

this they found to be true.

So now they start their day, in the right way with a Royal Brew for Two.