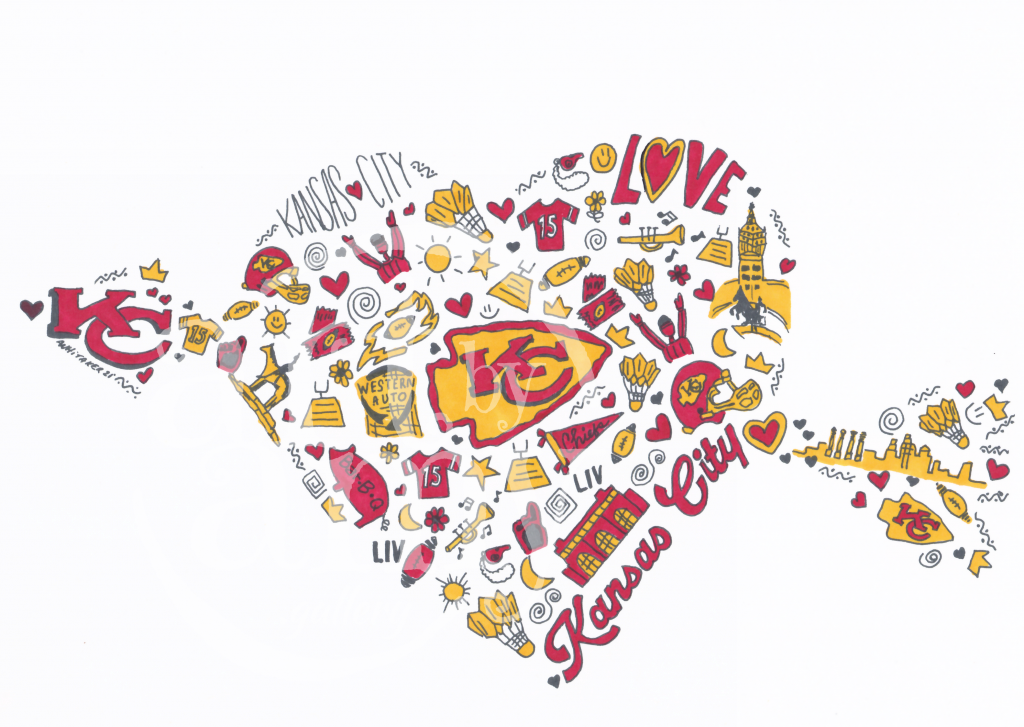 Chiefs Cupid Colors T-Shirt : How did you become a Chiefs fan?  For me, the Chiefs were my hometown team and when we moved back to Kansas from living overseas, I loved seeing how happy my mom was watching weekend games. Or did you have a favorite player?  Was it Lenny Dawson, Otis Taylor, Abner Haynes, Christian Okoye, Eric Berry or Derrick Thomas? What drew you into the Chiefs Kingdom?

Know what? It doesn’t matter. You’re here, and I dig that about you! As an artist I love to create and share my art. I decided to throw this art on some t shirts and see how it looked. And guess what? I liked it and I hope you do too! So be sure to order a couple of Chiefs Cupid Colors T-Shirts today.